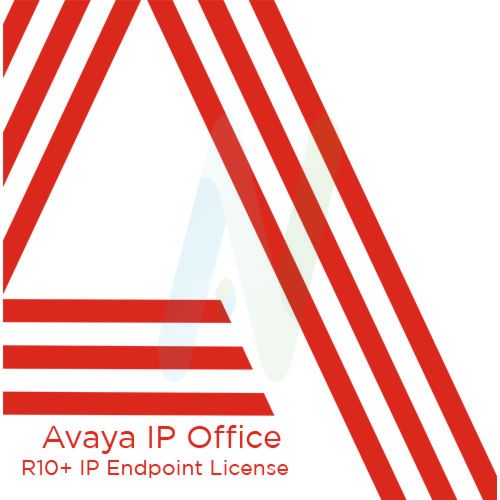 Be the first to review this product

Ships tomorrow if ordered in the next 1 hour and 34 minutes!

If you want to expand your Avaya IP Office with additional Avaya IP Phones, Avaya DECT or Avaya Wi-Fi phones and you no longer have IP-Endpoint licenses available, than this license is required in addition to the purchase of the mentioned Avaya telephones.

Why an Avaya IP EndPoint license?

This Avaya IP Office IP Endpoint License provides one license for one (1) Avaya IP Phone, DECT or Avaya WiFi Phone on systems with Release 10 and above.

We are happy to advise you to ensure that you order the correct licenses. We are also happy to answer any other questions about our products and services.

Do you want to expand your Avaya IP Office with a SIP phone?

When expanding your Avaya IP Office with other brand of SIP Phone such as Cisco, Polycom, Yealink etc .. then this IP Endpoint License is not suitable!
These SIP phones require a specific Avaya IP Office 3rd Party SIP Phone license.

Do you want to expand your Avaya IP Office with a Softphone?

More Information
Reviews
Write Your Own Review
Product Questions
Customer Questions
No Questions
Did you find what you were looking for?
Product Attachments

There are no file attachments for this product.