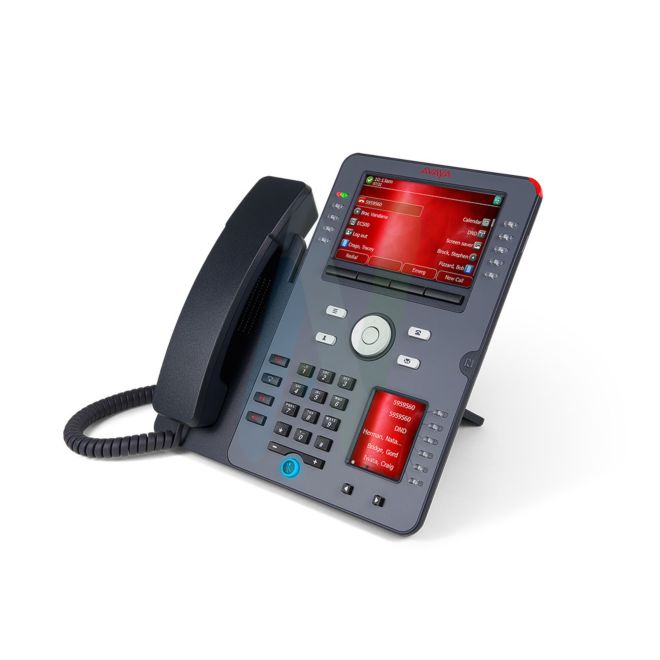 Ships today if ordered in the next 2 hours and 58 minutes!

The Avaya J189 contains a two-color display screen, 4 softkeys, 16 Feature keys, HD handset audio quality, an integrated Gigabit Ethernet interface, and also head support for not one but two Avaya J100 Expansion Modules. The Avaya J189 IP Phone is perfect for the individual who needs access to more than just the basics that VoIP phones offer. The Avaya J189 is great for remote or at-home offices, headquarters, and call centers as well.

You will experience the ultimate sound experience during your calls thanks to the built-in High Definition audio technology in combination with the handset and built-in full duplex hands-free speaker and microphone. By applying this technique, conversations are less tiring and you can focus on the content of your conversation.
The supplied handset has a built-in volume booster for the hearing impaired. If you have a hearing aid it will be detected and the volume will be adjusted at the right volume.
The volume is also adjustable via the volume buttons on the device.

Note: The user can connect only one USB device of same type at a time.

More Information
Reviews 1
Write Your Own Review
Product Questions
Customer Questions
No Questions
Did you find what you were looking for?
Product Attachments

Related Products
Check items to add to the cart or